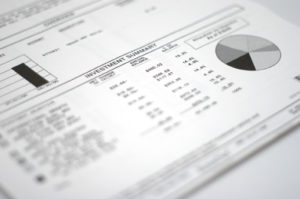 Madawaska, ME (March 14, 2019) – Oral arguments were held on March 12th before the D.C. Circuit Court of Appeals on Twin Rivers’ petition for review of SEC Rule 30e-3, legislation that threatens consumer access to critical investor information.

Ken Winterhalter, President and CEO of Twin Rivers Paper Company said, “We were very pleased to see the close questioning the SEC was subjected to during the court argument on the SEC’s rule 30e-3.”  In particular, one judge pressed the SEC on its failure to respond to recommendations from the Commission’s Investor Advisory Committee and to consider alternatives to the rule before finalizing it.  Saying the SEC’s decision to issue the rule regardless “turned the world upside down,” referring to the rule’s use of implied consent to reverse the default form of shareholder reports from paper to electronic form, the judge questioned the value of the Commission’s offer instead to take comments in the future on any changes that would need to be made to deal with problems in the funds’ disclosure statements.

Questions from the panel also covered the adequacy of the Commission’s cost-benefit analysis, which the SEC had defended by saying cost savings from the rule would be passed on to all investors and would be visible in the form of investment funds’ expense reimbursements.  However, as set forth in the briefing before the court, the cost savings of Rule 30e-3 are so small that they would likely not even be reported or included in fund expense ratios, meaning fund managers and advisors are more likely to simply keep the savings from Rule 30e-3 than pass these savings onto investors.

In fact, recent comments submitted to the SEC by the Investment Company Institute (“ICI”) indicate that the funds are seeking to avoid disclosure of this information in advertisements:  “We recommend that the Commission encourage FINRA to modify Rule 2210(d)(5) (or its interpretation thereof) to permit funds to remove this detailed disclosure about expense reimbursements and fee waivers from advertisements.”  As is the case with the Commission’s decision to switch the default delivery methods of reports from electronic to paper, the theme of ICI’s comments is obvious:  minimize investors’ access to information while benefiting those trusted to manage their money.